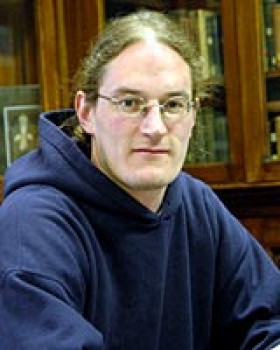 In this talk I will describe liquid exfoliation of 2D materials. The simplest way to do this is to sonicate graphite in certain, stabilising solvents. When the solvent surface energy matches that of graphene the energetic cost of exfoliation is minimised and some of the graphite is converted to graphene. Graphite can also be exfoliated to give graphene by sonication in surfactants or polymer solutions. The resulting graphene is free of oxides and basal-plane defects and consists of nanosheets with lateral size of 200-2000 nm and thickness from 1-10 layers. This material can be used in arrange of applications, such as reinforced composites or strain sensors.
This process can be extended to a host of other layered crystals including BN, MoS2, MoO3 and GaS. The exfoliation of MoS2 will be used as an example. In liquid exfoliation, it is important to know both the lateral size and thickness of the material being exfoliated. In the case of MoS2, we will show that this information is contained within the optical absorption spectrum. I will describe simple metrics which can be extracted from the MoS2 absorption spectrum and used to give the flake length and thickness directly. Access to such metrics allows the exfoliation process to be optimised to maximise monolayer content. As a result we can obtain monolayer-rich MoS2 dispersions which are photoluminescent. These methods can be applied to a range of 2D materials. To illustrate this, I will describe the production of MoTe2 dispersions which are monolayer-rich and photoluminescent.
The availability of dispersions of a range of 2D materials allows the demonstration of a range of applications. We will demonstrate that liquid exfoliated nanosheets can be used to reinforce composites, replace Pt as the counter-electrode in dye-sensitised solar cells, act as catalysts to generate hydrogen, produce high capacitance supercaps and develop solution processed photodetectors.
For any of the applications described above to be successful, a method of producing very large quantities of exfoliated nanosheets will be required. We have developed such a method in collaboration with Thomas Swan ltd. This method is based on high shear mixing. We have demonstrated the scalability of this method and envisaged the exfoliation mechanism. I will describe the production of batches of liquid exfoliated graphene with volumes of up to (but not limited to) 300 L.

BIOGRAPHY & RESEARCH CAREER
Jonathan Coleman is the Professor of Chemical Physics in the School of Physics, Trinity College Dublin and is a Principle Investigator in the CRANN nanoscience centre. He received both his BA in physics and his PhD from Trinity College. The theme of his research is the processing of nano-materials in liquids. The main focus is liquid exfoliation of layered crystals such as graphite and inorganic layered compounds. This produces liquid suspensions of 2-dimensional materials such as graphene, BN, MoS2 or MoO3. Such liquid processing allows the production of coatings, thin films and composites. These structures are useful in a range of applications in areas such as: reinforced composites, transparent conductors, sensors, optoelectronic devices and electrodes for batteries, solar cells, supercapacitors etc.
He has co-authored ~200 peer reviewed papers in International journals and 40 conference proceedings. These journal papers have been cited a total of ~17000 times to date and almost 4000 times in 2014 alone. He has a research H-index of 60. Over the last five years he has presented over 30 invited talks at international conferences, and departmental seminars. He is an inventor on three patents and has a Research Group of 10 postdocs and 10 postgrads.

HONOURS
Awarded the Kroll Medal from the Institute of Materials in 2012.
Named Science Foundation Ireland Researcher of the year in 2011.
In 2011, he was named among the top 100 Materials Scientists of the previous decade by Thompson Reuters.
Recently been awarded a European Research Council starting grant and an ERC Proof of Concept grant.