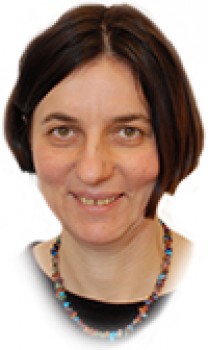 Long term nuclear waste repository concept in Sweden includes multi-barrier isolation of spent nuclear fuel. A sealed copper canister is one of the barriers that expected to prevent the radioactive component release into environment. The canisters are planned to be stored in bedrock at a depth of 500 meters for a long time. This application of copper metal requires accurate knowledge of the physical and chemical properties of stable and metastable copper compounds.
Among the solid state copper(I) compounds with oxygen and hydrogen, cuprous oxide Cu2O is the only one stable and the best studied. Other such compounds are less known copper hydride CuH and unknown cuprous hydroxide CuOH due to their instability relative to the oxide. Hereby we combine theoretical and experimental studies to investigate structures of both these less known monovalent copper compounds. We establish their chemical and physical properties, thus filling the existing gaps in our understanding of hydrogen and oxygen related phenomena in Cu metal.