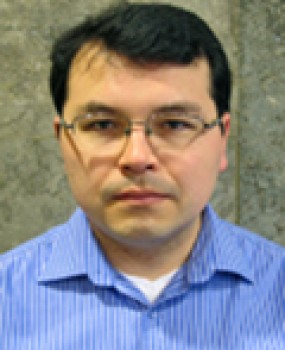 Fast electrons employed for TEM imaging transfer some of their kinetic energy to the specimen, which is traditionally viewed as detrimental to the analysis. However, if atomistic mechanisms of interactions between fast electrons and molecules are understood, we can embrace the changes in materials triggered by the act of observation to reveal valuable chemical information. The concept of the electron beam simultaneously acting as an imaging tool and a source of energy to drive chemical transformations offers an entirely new tool for studying chemical reactions of individual molecules with atomic resolution.

Atomically thin and structurally robust carbon nanotubes serve as ultimate nanoscale test tubes, providing an imaging platform for encapsulated molecules. The electron beam of TEM penetrates the walls of carbon nanotubes and enables time-resolved imaging of the reactions between the molecules, which can be followed by TEM with sub-Ångstrom resolution. Activated by the electron beam, the energy and dose rate of which can be set precisely, molecules undergo different chemical transformations determined by the imaging conditions. Some types of the reactions revealed under the e-beam are familiar to chemists (i.e. polymerisation) and their mechanisms can be studied and interpreted with the atomic precision, while others are newly discovered by TEM thus changing the way chemists make and study molecules.