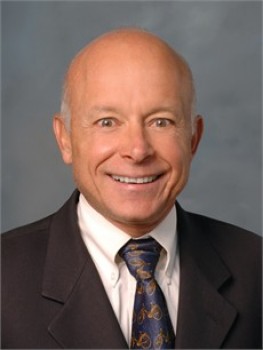 By now it is well-established that the layered, hexagonal carbides and nitrides with the general formula, Mn+1AXn, (MAX) where n = 1 to 3, M is an early transition metal, A is an A-group (mostly IIIA and IVA) element and X is either C and/or N – sometimes referred to as polycrystalline nanolaminates because every basal plane is a potential deformation or delamination plane - combine some of the best attributes of metals and ceramics. In 2011 we showed that by simply immersing MAX phase powders, at room temperature in HF, or fluoride salts and HCl, the A-layers are selectively etched to produce 2D materials that we labeled MXenes to emphasize the loss of the A-group element and their similarities to graphene. Unlike hydrophobic graphene, however, MXenes are hydrophilic and behave as “conductive clays”, a hitherto unknown combination. To date 15 distinct MXene have synthesized such as Ti2C, V2C, Nb2C and Ti3C2. We also showed that the latter used as transparent conductive electrodes or electrode materials in lithium-ion batteries (LIBs) and supercapacitors (SC’s), with performances that are quite impressive. Flexible, additive-free electrodes of delaminated Ti3C2 showed reversible capacities of > 400 mAhg-1 at 1 C and 110 mAhg-1 at 36 C, the latter for > 700 cycles. SC's with volumetric capacities of > 900 F/cm3 were obtained. In this talk after briefly reviewing the MAX phases and their properties, the potential of using MXenes in energy storage and other applications will be highlighted.

Dr. Michel W. Barsoum is Distinguished Professor in the Department of Materials Science and Engineering at Drexel University. As the author of two entries on the MAX phases in the Encyclopedia of Materials Science, the book MAX Phases published in 2013, he is an internationally recognized leader in the area of MAX phases. He is also the author of Fundamentals of Ceramics, a leading textbook in his field. In 2011, he and colleagues at Drexel selectively etched the A-group layers from the MAX phases to produce an entirely new family of 2D solids that they labeled MXenes,that have sparked global interest because of their potential in many applications, least of which is energy storage. He has published over 350 refereed papers, including ones in top-tier journals such as Nature and Science. With a h index of 58, his work has been highly and widely cited; he is on ISI’s most highly cited authors list. In 2000 he was awarded a Humboldt-Max Planck Research Award for Senior US Research Scientists and spent a sabbatical year at the Max Planck Institute in Stuttgart, Germany. He is a fellow of the American Ceramic Society and the World Academy of Ceramics. In 2008 he spent a sabbatical at the Los Alamos National Laboratory as the prestigious Wheatly Scholar. Since 2008 he has been a visiting professor at Linkoping University in Sweden. He is currently spending part of his sabbatical year at Imperial College in London.