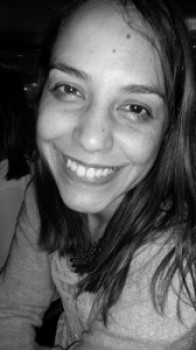 Graphitic carbon nitride materials have received significant interest in recent years for catalysis applications. This is due to their extraordinary compositional and structural flexibility along with their semiconducting and optoelectronic properties. Graphitic carbon nitrides consist of s-triazine or heptazine (tri-s-triazine) unitslinked by bridging –NH- or –N= groups to form polymeric 2D structures exhibiting different degree of condensation. Due to the presence of nitrogen atoms and C-N bonds, voids are created within the extended layered structure. These voids make carbon nitrides differ from graphitic carbon or graphene. They are linked with N lone pairs and / or N-H functional groups, being ideally suited for acid / base and host / guest chemistry. This includes intercalation reactions, charge storage, gas sorption and support of catalytically or electrochemically active species. Their band gap can be controlled by modifying the preparation experimental conditions via the extent of condensation, layer buckling and potentially charge transfer processes with guest ions. Graphitic carbon nitrides are easily prepared by condensation of C, N-containing precursors. Alternative approaches to improve crystallinity, conductivity or porosity include the use of molten eutectic mixtures, anion doping or soft / hard templates, respectively. They exhibit excellent performance as catalyst support in direct methanol fuel cells and in water electrolysers. In this work, the potential of these
materials as electrocatalysts / electrocatalyst supports in energy conversion devices is presented. I will also introduce some preliminary studies done in microbial fuel cells, and my future research strategy at the MRI.

Ana Belen Jorge, originally from Tenerife, received her PhD degree from Autonomous
University of Barcelona-Institute of Materials Science of Barcelona in 2009. After more than a
year in industry, she joined UCL as a Postdoctoral Research Associate in 2011, working in
carbon nitride materials for energy applications. She has just joined the MRI, QMUL as an
academic fellow. Her research interests include the synthesis of hybrid materials for
electrocatalysis and photocatalysis, and more recently, she is also interested in the study of
bacteria biofilms and their use in bioelectrochemical devices, such as microbial fuel cells.