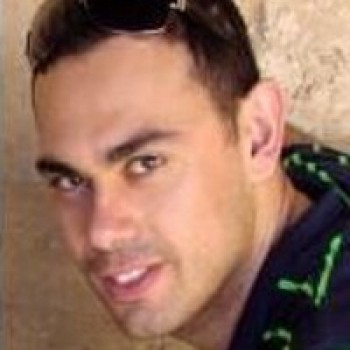 Guanine (G) nucleobases have an intrinsic propensity to form square planar arrangements in high concentrations or in the presence of cations in their environment. These formations are stabilized by a hydrogen-bonding network between neighbouring guanines, and are referred to as G-tetrads or G-quartets. Both free guanines, as well as guanines incorporated in (oligo)nucleotides exhibit this unique property. This fact has triggered investigations by many research groups, aiming to explore how this self-assembly capability may be exploited in various medicinal or materials applications, resulting in the emergence of an exciting area of research.
From a medicinal perspective, G-rich nucleic acid sequences are of particular importance, since they were detected in cancer-related loci in the human genome, for example in the telomere and in the promoter regions of several key oncogenes. In the single-stranded domain of the telomere, the G-rich sequence can be properly manipulated, and induced to fold into a non-canonical high-order structure, known as a G-quadruplex helix. In this case, self assembly drives 2 or more consecutive G-tetrads to engage in ?-? stacking interaction atop each other, forming the core of the G-quadruplex, with the single DNA strand folding into four distinct branches, each contributing a set of guanines to the core. The folding of the telomere into G-quadruplex has been shown to inhibit telomerase, an enzyme responsible for conferring ‘immortality’ to cancer cells by means of elongating the telomere. Similarly, in the G-rich sequence of oncogene promoters, the folding into G-quadruplex may reduce the levels of expression of the oncogene, due to preventing recognition by the RNA-polymerase complex. Carefully designed small molecules offer a way to induce folding of G-rich sequences into quadruplexes at will. The development by the Georgiades Laboratory of two new and promising compound classes, one organic and one organometallic, with ability to promote G4 formation in the telomeric and the c-myc oncogene promoter sequence will be described. Their synthesis involves modern chemistry, including C-H activation and metallation of aromatic building blocks, respectively. The two classes, respectively, represent 2 alternative binding modes to G-quadruplexes, namely groove binding vs. ?-? stacking. Support for the ability of these molecules to bind and manipulate the conformation of cancer-relevant G4’s are provided by spectroscopic studies, including Circular Dichroism and Fluorescence.

Another recent exciting development, this one in the area of Materials, is the manipulation of the high-order assemblies offered by G-tetrads for energy applications. Because the cation-induced formation of a self-assembled structure can provide cavities and unique 3D arrangements, some of them helical, these assemblies can encapsulate dyes from the solution. Using modifications of a recently-reported method, we have tested the ability of the water-soluble guanine monophosphate (GMP) nucleotide to form such materials, in the presence of various metal cations. Divalent and trivalent cations readily afford solids, entrapping a triad of dyes (ThT, TO and PY) in the process. Efficient uptake of the dyes by the materials was demonstrated by UV/vis spectroscopy in the supernatant solution. Circular Dichroism spectroscopy showed formation of G-tetrad-containing partially helical assemblies, while Fluorescence experiments indicated a functional energy transfer pathway between the three dyes (donor-intermediate-acceptor) with an antenna effect of about 3. Plans to exploit these materials for photocurrent measurements and related applications are under way.