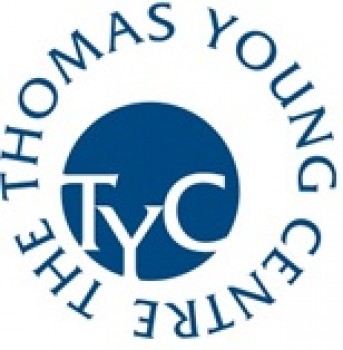 1. 'Nature does nothing uselessly, except perhaps supersonic dislocations' with Beñat Gurrutxaga-Lerma (University of Cambridge).

Abstract:
What happens to a crystalline dislocation when it moves at speeds comparable to the speed of sound? But more importantly, when does a dislocation move at such speeds? And why should we care? Even as an entertaining mathematical and physical problem, high speed dislocations remain remarkably elusive. The distinct lack of experimental evidence is compounded by a lack of theoretical consensus, often leading to contradictory accounts of how dislocations move at high speeds. In this talk I will explore the two fundamental sides of the problem: one concerning the equation of motion of high speed dislocations, on which most past research efforts have focused; another concerning the physics emerging the collective behaviour of high speed dislocations, which leads to an unusual time-dependent account of dislocation plasticity. I will explore a number of macroscopic phenomena (e.g. thermal hardening, shock front relaxation, the plasticity of nanocrystalline materials...) the physical basis of which can best be understood in terms of inertial effects or high speed dislocations. I will also discuss a number of microscopic features unique to high speed motion, including lattice instabilities, terminal speeds, and thermal effects, and whether supersonic dislocations offer explication of any known phenomenon.

Bio:
Beñat Gurrutxaga-Lerma is an alumnus of the Centre for Doctoral Training in Theory and Simulation of Materials. After completing his PhD at Imperial College London in 2014, he was elected a Fellow of Trinity College Cambridge, where he works on the multi scale modelling of the dynamic behaviour of materials.

Abstract:
The motion of extended defects called dislocations controls the mechanical properties of crystalline materials such as strength and ductility. Under moderate applied loads, this motion proceeds via the thermal nucleation of kink pairs. The nucleation rate is known to be a highly nonlinear function of the applied load, and its calculation has long been a theoretical challenge. Moreover, knowledge of the dislocation velocity as a function of applied stress is a critical ingredient in mesoscale dislocation dynamics simulations. In this talk, I will discuss a stochastic path (functional) integral approach to the problem, and use it to derive a simple, general, and exact formula for the rate. The predictions are in excellent agreement with experimental and computational investigations, and unambiguously explain the origin of the observed extreme nonlinearity. The results can also be applied to other systems modelled by an elastic string interacting with a periodic potential, such as Josephson junctions in superconductors. Time permitting, I will also discuss possible extensions of the approach to much more general non-equilibrium situations.

Bio:
Steve Fitzgerald completed his PhD in particle physics at Cambridge in 2005, and then worked at Culham Centre for Fusion Energy until 2013. After three years as a departmental lecturer at Oxford’s materials department, he moved to applied maths in Leeds in 2016, where he is a University Academic Fellow and EPSRC Research Fellow.

Abstract:
When guest molecules are adsorbed in pores of a solid body, a substantial stress is exerted on the host matrix that causes its swelling or contraction depending on the specifics of host-guest interactions. This phenomenon, known as adsorption-induced deformation, has been known for a long time since Leonardo da Vinci’s studies of water sorption on human hair. Various manifestations of adsorption-induced deformation are currently actively explored with respect to the design of novel nanoporous adsorbents and membranes for hydrocarbon separation, actuators, nanobumpers, energy storage devices, as well as the enhancement of oil and gas recovery from shales and carbon dioxide sequestration in coal mines. Despite of the evident importance of the deformation effects during adsorption-desorption cycles, a rigorous theoretical description of this phenomenon is lacking. I will present a general thermodynamic approach to predicting adsorption stress and respective deformation in nanoporous materials of different origin based on molecular models of adsorption within elastic nanoscale confinements. Examples include metal-organic frameworks (MOFs), microporous carbons and zeolites, mesoporous crystals, geosorbents, and hierarchical micro-mesoporous carbon and silica monoliths.
A special attention will be paid to the enigmatic phenomenon of breathing of MOFs during gas adsorption-desorption cycles. While most of materials, similarly to lungs, expand upon adsorption/inhaling and contract upon desorption/exhaling, breathing microporous solids may exhibit stages of normal and counter-intuitive abnormal "inhaling/exhaling" transitions contracting during gas intake and expanding during gas release. Breathing MOFs are currently widely explored as actuators, sensors, selective adsorbents, and drug delivery vehicles.

Bio:
Dr Alexander V. Neimark is a Distinguished Professor of Chemical and Biochemical Engineering at Rutgers University. He received his Doctor of Science degree at the Moscow State University and worked at the Institute of Physical Chemistry of Russian Academy of Sciences. After receiving Humboldt fellowship in 1992, he moved to Mainz University (Germany) and then held visiting positions at CNRS (France), and Yale University (USA). Prior to joining Rutgers in 2006, he served as Research Director of the Center for Modeling and Characterization of Nanoporous Materials at TRI/Princeton in 1996-2006. He is a recipient of many national and international awards and honored appointments, including Guggenheim Fellow, Blaise Pascal International Chair, Humboldt Fellow, Fellow of American Institute of Chemical Engineers, Fellow of International Adsorption Society, Distinguished Visiting Fellow of the Royal Academy of Engineering, and Leverhulme Professorship. His research interests include thermodynamics, statistical mechanics, and molecular modeling of adsorption, transport, and interfacial phenomena in nanoporous and self-assembled nanostructured materials. He published 260+ scientific papers, named a highly cited scientist by ICI, citation index h=63.