The admixture of an s-wave component into the d-wave superconducting gap symmetry in l-(BETS)2GaCl4, with Dr Dita Puspita Sari, Shibaura Institute of Technology, Japan 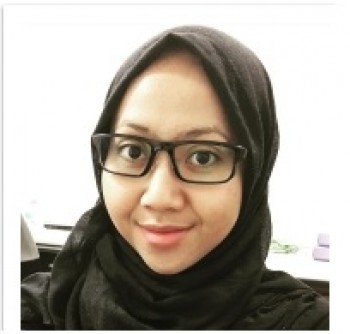 Dr Dita Puspita Sari is an alumna of the Institut Teknologi Sepuluh Nopember (ITS). Dita was awarded her bachelor and masters degree from the Department of Physics, ITS and completed her PhD at Osaka University Japan (2018). She is currently a Postdoctoral Fellow in Shibaura Institute of Technology, Saitama City, Japan and her main research focus is on organic superconductors. She has been working on OM based superconductors studied by muon spin relaxation-rotationresonance (?SR) as a key probe.

Abstract:
One of the toughest questions in strongly correlated electron systems is the superconducting (SC) gap symmetry related to the Cooper pairing mechanism. Among the systems, the determination of the SC gap structure in organic molecular (OM) superconductors has also been controversial with SC gap and gap-less structure suggested. The OM based superconductor l-(BETS)2GaCl4 is one of key materials because of the distinct geometrical structure of electron-electron correlation effect in the molecular conducting plane. The l-(BETS)2GaCl4 with TC ~5.5K (BETS =bis(ethylenedithio) tetraselenafulvalene) is a quasi-two-dimensional (quasi-2D) system, in which [(BETS)2]+ layers consisting of conducting p-electrons alternately stacks with (GaCl4)- layers. According to the band structure calculation on the basis of molecular orbital, effective transfer integrals between BETS dimer form an anisotropic lattice along transversal, longitudinal, and diagonal directions [1]. This causes the 2D Fermi surface to be folded in the Brilluoin zone. Therefore, a single Fermi surface (FS) has two portions, which are quasi-1D wavy sheet and quasi-2D pocket FSs. The angle-resolve magnetoresistance experiment confirms the cylindrical FS have some part of pocket FS [2]. The FS topology of l-(BETS)2GaCl4 is indeed similar to the heavily studied OM based superconductor k-(BEDTTTF) 2X (X = Cu(NCS)2, Cu[N(CN)2]Br, etc), except for the lower symmetry of the crystal structure of l-(BETS)2GaCl4.

In this study, we report the investigation on the superconducting gap symmetry in l-(BETS)2GaCl4 by muon-spin rotation (?SR) measurements. The experiments were carried out on the MUSR spectrometer at the ISIS Pulsed Neutron and Muon Source of Rutherford Appleton Laboratory, U.K. The temperature dependence of magnetic penetration depth measured by the transverse field ?SR experiment reveals that superconducting gap symmetry cannot be described by neither s-wave nor d-wave. It is best described by the admixture of a d-wave component to the major component, whose amplitude were 1.35(5) meV and 0.80(8) meV, respectively [3]. Assuming that l-(BETS)2GaCl4 is a spin-fluctuation mediated superconductor, these experimental results are well supported by our DFT in conjunction with RPA calculations. This examined the superconducting gap symmetry that required a sign changing of the superconducting phase and an s-wave component originating from the sheet and pocket FS [4]. We will discuss the origin of this mixture pairing symmetry in l- (BETS)2GaCl4.