Symmetry and Chirality: where Physics Shakes Hands with Chemistry and Biology, with Professor Laurence D. Barron (University of Glasgow) 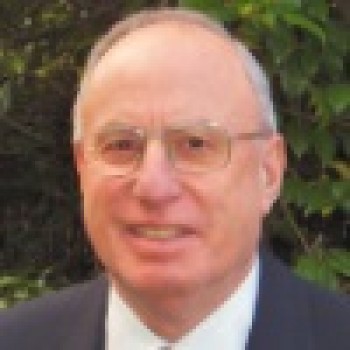 We are honoured to present our next speaker who will present a truly interdisciplinary talk - 'Symmetry and Chirality: where Physics Shakes Hands with Chemistry and Biology' with Professor Laurence D. Barron of the University of Glasgow.

Abstract:
Chirality is a central and unifying theme in modern science. It links the properties of the universe and its constituent elementary particles, through organic stereochemistry, to the structure and behaviour of the molecules of life [1,2]. This talk will show how the discrete symmetries of parity P, time reversal T and charge conjugation C may be used to characterize the properties of chiral systems. The concepts of true chirality (time-invariant enantiomorphism) and false chirality (time-noninvariant enantiomorphism) that emerge extend Lord Kelvin’s definition to situations where motion is an essential ingredient. Truly chiral systems support time-even pseudoscalar properties like optical rotation, circular dichroism, Raman optical activity, magnetochiral dichroism, and superchiral spectroscopy with plasmonic nanostructures; falsely chiral systems support time-odd pseudoscalar properties like Telegen media and the elusive magnetic monopole. A truly chiral influence like circularly polarized light may induce absolute enantioselection in all circumstances; whereas a falsely chiral influence like collinear electric and magnetic fields may only induce absolute enantioselection in a process far from equilibrium. Parity violation and CP violation are manifestations of true and false cosmic chirality, respectively, and may have roles in prebiotic enantioselection [2].

Brief Biography:
Laurence Barron’s research work is in the area of electric, magnetic and optical properties of molecules, with a special interest in chirality. He was born in 1944 in Southampton, England, and studied chemistry at London University, graduating in 1966. From 1966 to 1969 he worked for his Ph.D. at Oxford University under the supervision of Professor Peter Atkins on the theory of nonlinear optical activity and of polarized light scattering generally. From 1969 to 1975 he carried out postdoctoral work with Professor David Buckingham at Cambridge University during which he made the first observations of the new chiroptical phenomenon called Raman optical activity which measures vibrational optical activity. He moved to the Chemistry Department at the University of Glasgow in 1975 as a Lecturer, becoming Gardiner Professor in 1998 (Emeritus from 2008). From 1995 to 2000 he held an EPSRC Senior Fellowship. He is a Fellow of the Royal Society, The Royal Society of Edinburgh, The Institute of Physics and The Royal Society of Chemistry. He was awarded the prestigious Chirality Medal by the Societa Chimica Italiana for 2011.