This event has been postponed. Triangulating the conditions for self-organization of the primordial metabolism, with Professor Joseph Moran, Université de Strasbourg 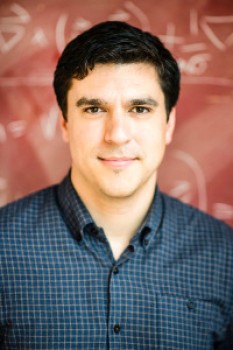 The network structure of metabolism and the apparent recapitulation of amino acid biosynthesis in the genetic code suggest, to some, that genetics emerged from metabolism rather than the other way around.1 We suspect that a self-organized, non-enzymatic form of metabolism predated the rise of RNA and enzymes. Like other self-organized dynamic processes in nature, such a reaction network would have been driven into existence by the far-from-equilibrium nature of its environment, aided by naturally occurring catalysts such as minerals and metal ions. We do not know to what extent this primitive metabolism would have changed due to Darwinian evolution, but there are good reasons to think it should be highly recognizable. We are attempting to identify the conditions that would have triggered self-organization by triangulating from non-enzymatic fragments of ancient metabolic processes. This talk will summarize my group’s efforts to discover non-enzymatic chemistry that resembles the acetyl CoA pathway,2,3 the reverse Krebs cycle,4 the Krebs cycle and glyoxylate cycle,5 and thioester-based energy conservation.6 I will also describe future prospects, including non-enzymatic gluconeogenesis and ribonucleotide biosynthesis.

Bio: Professor Joseph Moran was born in Montréal, Canada in 1982. He completed his PhD in organic chemistry with Professor André Beauchemin at the University of Ottawa in 2009, then spent six months working with Professor John Pezacki in chemical biology at NRC Canada and two years as an NSERC postdoctoral fellow with Professor Michael Krische at the University of Texas. He joined ISIS-University of Strasbourg (France) as an Assistant Professor in 2012 and was promoted to Professor in September 2018. He is the founding Director of the University of Strasbourg’s Graduate School in Complex Systems Chemistry since 2018. His research interests focus on the application of concepts from systems and supramolecular chemistry to catalysis and the chemical origins of life. He was named to the C&EN Talented 12 (2018), and has received the Jean Normant Prize (2018), the Guy Ourisson Prize (2017), an ERC Starting Grant (2015) and a Marie Curie Career Integration Grant (2013), among other awards.