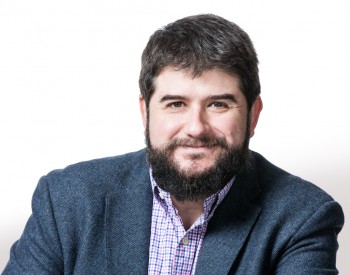 Charge transport in organic semiconductors is notoriously sensitive to the presence of disorder, both intrinsic and extrinsic, especially for n-type materials. Intrinsic dynamic disorder stems from large thermal fluctuations both in intermolecular transfer integrals and (molecular) site energies in weakly interacting van der Waals solids and sources transient localization of the charge carriers. The molecular vibrations that drive transient localization typically operate at low-frequency (< a-few-hundred cm-1), which makes it difficult to assess them experimentally. Hitherto, this has prevented the identification of clear molecular design rules to control and reduce dynamic disorder. In addition, the disorder can also be extrinsic, being controlled by the gate insulator dielectric properties and the relative polarizability of the ?-conjugated core of the organic semiconductor. During this seminar, I will present a comprehensive study of charge transport in two closely related n-type molecular organic semiconductors using a combination of temperature-dependent inelastic neutron scattering and photoelectron spectroscopy corroborated by electrical measurements, theory and simulations. By doing so, unambiguous evidence is provided that ad hoc molecular design enables to free the electron charge carriers from both intrinsic and extrinsic disorder to ultimately reach band-like electron transport.