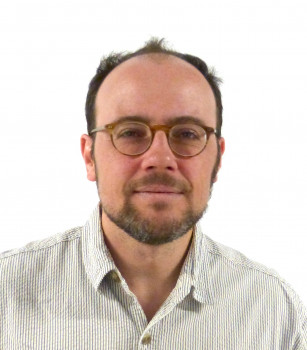 Abstract: High-speed atomic force microscopy (HS-AFM) is a unique technology allowing sub-second, nanometric imaging of biological samples [1]. We have adapted HS-AFM to perform high-speed force spectroscopy (HS-FS) both on single molecules and living cells with microsecond time resolution. With increasing speeds it is also time to revisit assumptions of normal operation that were considered relatively safe before – is Reynolds number still low?, is viscosity constant, should we worry about inertial terms? In this talk, I will describe the characteristics of modern high-speed AFM and the theoretical models used to understand molecular force interactions from AFM measurements. I will also cover applications for biomolecular interactions we have carried out in our lab and end with where the potential is for such measurements in the near future [2–6]. HS-FS opens an avenue to better understand the mechanics of proteins and cells at previously inaccessible short timescales, and to address long standing and emerging questions.

Before moving to Marseille, he was postdoc at the University of Miami (FL) and then at Institut Curie (Paris). He has been working in force measurements with atomic force microscopy (AFM) since 2001, focusing on the mechanics and adhesion properties of biological systems. He has developed various AFM based approaches to investigate the mechanical response of single molecules, membranes and cells. Recently, he adapted high speed AFM (HS-AFM) to work as a force spectroscopy tool, probing the mechanics and dynamics of single biomolecules and living cells at the microsecond timescales.