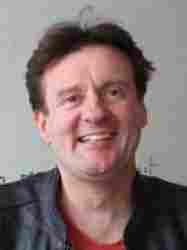 Dr Dennis's research centres on the synthesis, purification, and spectroscopic characterization of novel fullerene related materials. Dr Dennis conducted pioneering work in the synthesis and purification of fullerenes. During August 1990 Dr Dennis beacme the first researcher to synthesize and purify the archetypal fullerene C60 (i.e., to do both) and since then was the first to purified more fullerenes isomers than all other researchers combined; including all 9 known isomers of the third most abundant fullerene C84. To this end he has developed several counter to proper practice HPLC techniques for fullerene purification that are now commonly used in many fullerene research labs throughout the world. His present research interest include:

Before joining QMUL, Dr Dennis conducted postdoctoral research under a series of personal research fellowships from the Australian Research Council, the Japan Society for the Promotion of Science, and the Alexander von Humboldt Foundation. He gained his D.Phil. under the supervision of Prof Harry Kroto at the University of Sussex in 1993.