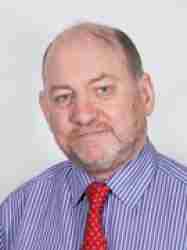 1. Single Walled Carbon Nanotubes. The induced polarisability of single walled carbon nanotubes, SWCNTs, has provided a powerful tool for their study. While there is no permanent dipole moment  the induced dipole can be substantial at even moderate fields allowing the manipulation of the SWCNTs under the action of various forces. This leads to several related but seperate studies;

(i) Dielectrophoresis.The differential polarisability of different species of SWCNT, specifically metallic and semiconducting, make the dielectrophoretic force an interesting candidate for use in the separation of SWCNTs. In a non-uniform electric field the induced dipole experiences a dielectrophoretic translational force and the motion of nanotubes under the action of such forces is the subject of study. Of particular interest is the relationship between Brownian and viscous forces and their action on nanoscale objects compared with the more familiar mesoscale objects described by classical hydrodynamics

(ii) The Kerr Effect. In a uniform electric field, SWCNTs in suspension will experience a rotational torque and can be made to rotate in viscous media. The consequent alignment renders a previously  isotropic suspension anisotropic and thus birefringent (refractive index depending on polarisation state of light). The study of rotational dynamics of nanoscale objects becomes possible by imposing transient electric fields.

(iii) Induced Dichroism. Similarly, in a uniform field the isotropic sample will become increasingly dichroic (absorption depending on polarisation state of light) as alignment proceeds. Dynamic studies are undertaken of induced linear dichroism in order to more closely relate the dynamics of nanoscale objects to their well studied mesoscale counterparts.

(iv) Rheology of SWCNT suspensions. The application of a controllable torque and the measurement of the dynamic response of SWCNTs allows study of the efffect of the SWCNTs on the viscosity of their local environment and how the nanotube concentration affects this.

2. Charge Transport.  A second research interest is the study of the effects of reduced dimensionality on charge transport. This is a situation commonly encountered when the condensed matter is held together by a mixture of van der Waals and covalent bonding and has consequences for the rates of charge carrier scattering (mobility), trapping and bimolecular recombibnation which have been studied in the context of polydiacetylene single crystals.

<span style="&quot;font-size:" 1em;="" line-height:="" 1.9em;"="">The technique of photoconductivity including time resolved photoconductivity with temporal resolution covering times from 100 picoseconds to DC is used to study the effects of reduced dimensionality on charge transport. The high end of this temporal resolution is among the fastest achieved anywhere, worldwide. The Auston switch technique has been developed to this end with a novel application for samples suspended in solvents and contained in an integrated co-axial geometry cell based around the Auston technique.

The charge transport in a range of organic materials has been studied and these include;